Blues Night on Tour by Numbers 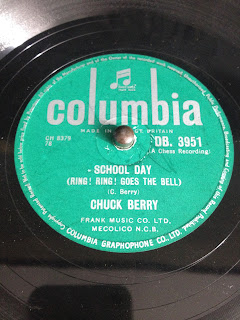 0 parking tickets received. I consider this recognition of impressive commitment to toeing the line.

1 is the number of months we have now lived in , . The sense of doom has passed (for me, at least – I don’t like to ask the others) but it still feels pretty weird, like we’re on the witness protection programme or something. I’m yet to lift an arm with a paintbrush or roller in it (M has managed rather better), but it is starting to feel like home. To me, at least. The boys both start back at school today and we’ll all be able to put the sorry debacle of Home Ed behind us. There was me thinking I was well qualified to home- (van-) educate my children, but it turned out I was the worst possible candidate for the role.

I’ve developed a morbid fear of education’s Nothing Is Ever Finished philosophy. Too many times when the boys were sat at the table in the van with their books in front of them I accepted their bare-minimum, path-of-least-resistance, typical-boy-approach to work. I think I just don’t want to still have to say, “Yes, but how can we improve on this?” Not to anybody, but certainly not to my own children. After all, I’ve just spent about a year telling them I was done with striving to meet the demands of a world that was offering me peanuts in return.

Admittedly, though, I’d probably have had even less success trying to inspire them with the sorts of things that light my fire. At the time of writing, neither of my sons could possibly imagine something that interests them less than a secondhand record shop. This is par for the parenting course. There have been many less formal, measurable gains made in their development and progress, and they both read more and played together more imaginatively in the last nine months than the rest of their lives combined. They’ve also learned a lot about what is like, and it’s been mostly good news.

2 record store day exclusives purchased – this is two more than all previous years combined, as I’ve always thought it was just a gimmick. I’m still more or less of the same feeling, but the legendary Sound It Out records had organised themselves very effectively to minimise the hustling opportunism. was quite the experience after what I’d said about avoiding towns we expected not to like very much, but there were lots of kids enjoying themselves in the fountains, in addition to the great record shop and somewhere to drink really good beer.

, by way of a contrast, has neither, despite one of our visitors declaring it enormously middle-class. It does have a lot else going for it though. People have been very friendly, I really enjoy the best-kept secret thing about it (very few people from outside of this part of the country seem to realise that this great little town exists) and the opportunity to provide good beer and good records seems like it might be worth the effort.

I’ll know when M has reached the next level in her adjustment – when she recognises that the fact that the alleyways of do not smell of piss isn’t just ‘weird’ but is actually a good thing. Also, we saw the kind of litter that sets my lips trembling for the first time when my brother was in town. It was that sunny Saturday last week, and lots of young locals and sort-of-locals had been having a good time in the sunshine by the river. The boys were all muscly and the girls all had eyebrows the size of my beard. And not one of them, it seems, thought it might be appropriate to take their litter home with them. But a few grumbles on the Facebook group later, and all this trash miraculously disappeared. Next time there’s a community litter pick going on, I WANT A PIECE OF THE ACTION.

7 visitors we knew from our former lives have crossed our new threshold, four of whom have stayed the night. This has been a huge factor in helping us to settle, of course. We are eager for more, especially people who might be able to give us some feedback on our accommodation before we advertise it to the public. Applications can be submitted in the usual way.

8 Italian restaurants enjoyed. I think this might be better discussed in some detail. I’ll knock up another post later this week.

35 counties visited – or that’s how many we stayed overnight in. All of the others we just passed through, or perhaps stopped in briefly during the daytime. A favourite one of these was a stop for diesel and sandwiches in February, when it occurred to me that I was getting out of the van in Northamptonshire for the first time. Just to check, I asked the young woman behind the Subway salad selection what county we were in. She said she didn’t know.
60 percent of what we rub into our skin enters our bloodstream, according to a lady giving a facial at the food market in Abergavenny. I have no idea how accurate it is, but I walked past just in time to absorb this tidbit and it went straight to my brain. The next morning, it returned as I energetically fisted the U-bend of the public toilet I had just emptied Vanny’s toilet cassette into, in the process blocking it with a thick sludge thanks to our brief flirtation with inferior toilet chemicals.

The brand I would like to name and shame is the kinda-racist-sounding Crusader, which proved even less effective than the experiment with biological washing liquid M had insisted upon at the beginning. (I had soon brought this episode to a close when I figured out that I was always going to be the one actually emptying the fucking thing.) I never had even the tiniest problem with Thetford Blue and Pink liquids, and consider them the Technics 1210 Mk2 of making shit easier to pour.

132 / 71 my average blood pressure as measured over the last week. This is still not exactly Sir Mo Farah digits, but is a long way down on what I was told it was around the time I pressed the ejector seat button on my teaching career. I should imagine that most of the difference is about a very gradual slide down the fireman’s pole of stress levels, but I probably drink a bit less beer and eat less salt too. There remains room for improvement.

210 nights sleeping in the van. The boys missed a few, and M several more, when offered a proper level bed in a warm building instead, and who can blame them. I’ve added two more since moving - the sense of freedom that Vanny affords, being able to drive somewhere for a night out – ( to see Crow Black Chicken last week, the other night to see Mike Ross) is wonderful. I can go somewhere, parking in a different town just as I did on the tour, and not have to worry about getting home until I’ve sobered up the next morning. This would be a great way to live for a single person in their twenties with a bottomless purse and a rubber liver, but if I keep going for nights out I’m going to keep spending lots of money and drinking lots of beer, neither of which were part of my five-point plan moving forward.

9274 miles travelled in the World’s Best Compact Motorhome. I still hope to add more from our new base, but it seems that if I want a steady flow of content, I’m going to have to turn this into a blog about opening a record shop rather than living in a van. Most of the miles were clocked up going from one place to another, but a few have been added going back somewhere for another look, or more recently by ferrying 4000 records to their new home in the North. If Vanny had wings, and she could fly, I know where she would go. This many air miles could have taken us to . But we would have had to stay there even if we didn’t like it, and adapted to their language, customs and punishing standards of pube management.