Are you getting bored already?

No, I’m not. I have posted in the last few weeks, but M hinted that it was not of public interest, or it was boring or something. Personally I thought the post - my reasons why I was not prepared to do any of the work our buyers’ surveyor had recommended - was both informative and thrilling, but I took it down anyway, as I am learning to be a better listener in preparation for family life in a shed on wheels.

We have just been to see a broad selection of sheds-on-wheelses in the wilds of deepest , and the boys got quite excited picking the ones they like best - basically the ones with the best bunk beds (which are bigger and probably more difficult to drive). We are ‘motorhoming in’ on what we want, ho-ho, which is very different from what we thought we wanted a month or so ago, and now we are getting down to geeky little details like whether it is actually safe or legal for our children to travel in it. It seems strange that among the vehicles we are looking at, there are comparatively few which sleep four and have four seatbelts.

The exercise was kind enough to expose what an hilariously bad fit we are as a family for what we are planning to do. First I decided I’d better check the oil and water in the car before actually taking it out on the motorway and found there was little evidence of either having ever been administered to the poor vehicle. This was quickly followed by (11-year-old) E’s very genuine “Are we nearly there yet?” as we drove across Blackheath. Our standards of motor vehicle maintenance and tolerance of road journeys are both going to have to improve, and very quickly.

But not as quickly as they might have. Yes, we’ve put the whole thing back another month, as we realised that the earliest we were going to be getting going now was only about three weeks before the end of the school year. M suggested that it might be “The Right Thing to Do” to offer E the chance to complete his Primary Schooling, and we were a little surprised when he jumped at it. Does this mean that we are just going to be setting off on holiday in late July, the same as everyone else? Perhaps. And maybe that would be a good way to start. Then, when everybody else goes back to school, we can start our home ed stuff, our exploration and our search for a new home.

The past and the present are more important than the future right now. E has been going to our brilliant (as far as I can tell) local school since he was three, and is about to be dragged off the grid into a world of fewer rules, expectations and demands. It might be a bad start to suggest to him that it isn’t worth finishing something you’ve spent most of your life working on.
Posted by bluesnightorg at 03:39 No comments:

Ha-ha. No, really - what kind of van are you getting? 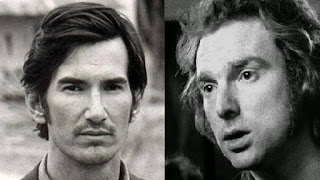 Once again we are ahead of schedule. I said we might change our minds about the camper at the last minute. Not only have we done so already, but the last minute has been put back. We treated our housebuyers to my cooking at the weekend - a barbecue gave them a chance to see whether they still liked the house when its atmosphere was fifty percent paraffin fumes. After a few drinks and then a few more, we were able to discuss how soon it will all be done. It looks more like the end of June now, which I’m not going to allow to bother me, even if it does mean that I might run out of things to write about here before we get started.

So we have been thinking more about what we need from our rolling home. Do we need a shower? Nah. As part of my meticulous preparations, I’ve been teaching myself not to wash so frequently, conditioning my skin and glands to deal with a new routine where they have to sort themselves out. Then there will be visits to public baths, and anybody who’d like to register for us to come round and block their plughole is free to use the comments section to do so.

Do we need an oven? Again, I'd have to say no. ‘You would,’ counters M, ‘because you would never use it anyway.’ I think about reminding her that I do most of the outdoor cooking at present – which admittedly amounts to three or four times a year. I think about telling her that we are living to her exacting standards and if it were not for her, I would eat soil if I was hungry enough (and even if I wasn't, if I had some sriracha hot sauce to put on it.) Finally I think about telling her that if cooking duties are restricted to the preparation of beans on toast or tinned ravioli - "shitpillows" as M calls them - I will actually be able to pull my weight in this department, at least. But once a teacher, always a teacher, so I decide to hold this promise back for a moment in the future when I have to set myself some targets for improvement.

A comment on the last post (not the bugle tune but the thing I wrote about campers the other day, that wasn't really about campers) reminded me that a van without a pop top for one of the beds would be preferable, if we are to be indulging in STEALTH CAMPING on residential streets. Not for any real, practical reasons, but just because we don't want it to be obvious that we are taking the piss by very obviously residing, if only for one night, in a neighbourhood where we pay no council tax, have only contributed a tenner to the economy for egg sandwiches, and are waiting for a quiet moment to empty our chemical toilet into the gutter.

We won't do this of course. A full chemical toilet appears to be a huge responsibility. Even one of those little port-a-potty things that we could fit in a . One review said something about how emptying one was not as bad as you might expect- "it just looks like lumpy chocolate milk" it said. Ew.

So the fundamental issue here is the toilet. We are going to need one in the van, there is no doubt about that. It would probably be better to have one in its own little room behind a closable door, as although we are not exactly squeamish, any of us, watching each and every member of the family curl one off every day may leave a trauma on the psyche of one or both of my children that goes undetected until their great dirty protest of 2037.

And the issue of what to do in the same situation at night is rather more, um, messy. When the rock 'n' roll bed (for I believe that to be the parlance) is folded down and M is asleep in it, there will be no remaining floor space for me to treat myself to a poo. The only option would be to take the port-a-potty out of the van, which might be workable in a secluded area, but once again, in a quiet residential area of a city or town I've never visited before, it would be brave to sit on a glorified bucket doing a shit.

In order to have a little more space and a little more privacy when it is needed, we have shifted our sights onto a larger, high-top van. This will mean we deny ourselves the pleasures of ’s many wonderful multi-storey car parks, but if Peckham is to lose the jewel in its crown, we should probably boycott the others in solidarity.

It seems that such a vehicle could even be cheaper than the Volkswagens we were looking at, so it really is a no-brainer. Certainly, we look to now be following the advice of the aforementioned Friends With Campervans. They will be delighted, I am sure.
Posted by bluesnightorg at 13:54 No comments: